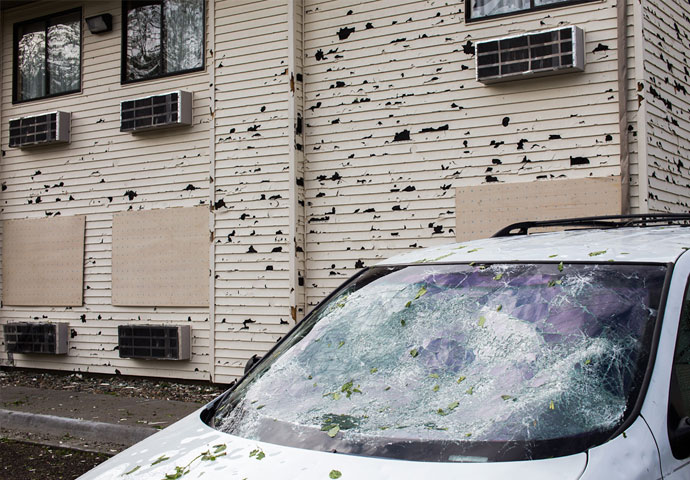 Automobile owners greatly value their cars; hence any significant or visible damage will prompt repairs. However, the efficiency and cost of the method technicians apply of great concern to the car owner. If your vehicle is a victim of hail damage and has suffered dents, then the paintless dent repair technique is suitable for hail repair to your car.

The paintless dent repair(PDR) method is a standard method that eliminates the need for time-consuming sanding methods, refilling dents, and repainting. Consequently, the PDR process ends up consuming less time than the traditional methods. However, the time it takes to repair dents depends on the size, location, and the number of the dent marks.

The paintless dent repair technique eliminates the need for paints and other chemicals. Thus, the process does not release harmful chemicals into the atmosphere, and also, the technicians are better without inhaling chemicals from paints and solvents.

The paintless dent repair technique eliminates the need for refills or repainting as long as the pain is intact; hence it restores the condition of your car as it were before the hail damage by flexing back the dent. Consequently, the PDR hail repair method maintains the resale value of your vehicle since it erases any evidence of hail damage.

Do not delay to undertake hail repair. If you adjourn hail repairs for your car after the occurrence of the hailstorm, the surface of the car with the dent may crack. Consequently, moisture may find its way underneath the paint and cause bubbling.

Always consider having professional paintless dent repair experts with adequate training. Skilled technicians will easily navigate through to the back of the dent without causing damage to the panels and other areas. Expert paintless dent removers also tend to have high-tech tools that enable them to carry out quality work with precision.

The use of paintless dent repair techniques in the automobile industry is not a new concept, but the process is now gaining more popularity. It’s an effective method that takes care of your time and bucks and restores the condition of your vehicle without degrading its value. If your car needs hail repairs, you need to get the services of professional paintless dent repairs to avoid bubbling under the paint. Your car can look new again after the hail damage.